In this series of fascinating and profound conversations, clinical psychologist Robert J. Faas and author Arthur Versluis discuss how to deepen your spiritual life in the midst of challenging and even apocalyptic times.  In this remarkable book, they discuss the hidden inner riches of mystical Christianity and disclose for the first time in accessible, clear language the secret alchemical path of transmutation embedded in the Grail cycle and in the mysteries of the Western tradition. This book is meant for the spiritual seeker who knows there must be more to life than what we are usually told. In an age of distraction and confusion, what is our path forward to a more meaningful and fulfilled life? To that question this book provides answers.

Robert J. Faas is a clinical psychologist with many years of practice and experience in the Christian alchemical path made available in the works of Jacob Böhme, John Pordage, and Friedrich Schelling.

Arthur Versluis is author of numerous books on spirituality, sacred landscape, and the intersection of religion and literature. He is the founding director of Hieros Institute, a nonprofit devoted to deepening our understanding of the sacred in contemporary life.

This is the best kind of book: it’s useful. I wish I had read it years ago. Henry Corbin would have loved it—it not only comes from the heart but it helps to activate it. If you suspect that your life is supposed to be a meaningful journey but you’re not sure how to act on that intuition, this wonderful dialogue will help give you direction and courage. It is an open invitation to embark on what Corbin called “a journey toward the Light.”

—Tom Cheetham, author of All the World an Icon, Green Man, Earth Angel, and many other books.

In an informal, conversational style, the authors offer valuable advice on how one can proceed on the spiritual path. A refreshing antidote to the materialistic and mechanistic view of reality so dominant within the walls of academia.

—Kyriacos Markides, author of The Magus of Strovolos, Riding with the Lion, and many other books.

Exciting—whether you agree or not with the ideas in this book, you can benefit from the conversation. It has inspired me.

—Thomas Moore, author of Care of the Soul, and A Religion of One’s Own. 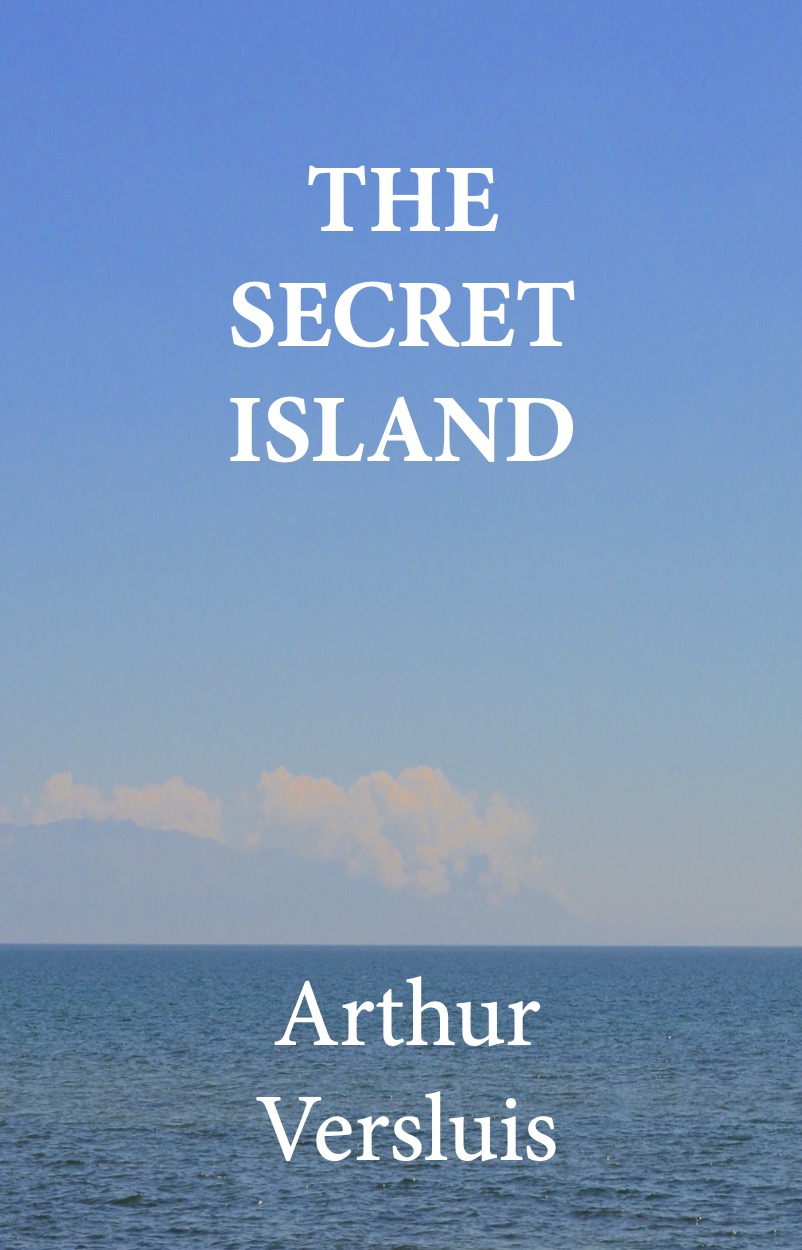 BN.COM AND AMAZON TO PURCHASE

The Secret Island by Arthur Versluis is both an odyssey and an alchemical quest around the known world, a pilgimage to those numinous places marked with megaliths, dolmens, menhirs, and great stone spheres. They bear witness to another world of primordial presences that still hold an initiatic power for those attuned. Most moving is the author’s return, like Odysseus, to find what he sought on his home turf.

—Joscelyn Godwin, author of Atlantis and the Cycles of Time, Upstate Cauldron, and many other books.

Praise for other books by Arthur Versluis

Dr. Arthur Versluis, one of the world’s foremost esoteric scholars, takes us on a journey to the fabled Aegean isle of Samothrace, a center of the ancient Mysteries. This book is a travelogue, and not just in a physical sense—Dr. Versluis guides us on a journey through realms of myth and history to uncover the secrets of ancient Western spirituality. At journey’s end, the author steers us home to who we really, deeply are.

This is a book of secrets. In unique journeys around the world, from Ireland and England to Taiwan and Hawaii, Arthur Versluis explores the archaic myths and traditional lore of sacred islands and their ancient cultures written in stone. Megaliths, standing stones, stone spheres, cairns, all are ancient markers for understanding sacred landscape in new and profound ways. More than a book, this is a series of portals into new ways of understanding who we are in relation to the sacred earth and waters and air around us.

Arthur Versluis is author of numerous books on spirituality, sacred landscape, and the intersection of religion and literature, including Entering the Mysteries, Timelessness, and Sacred Earth. He is the founding director of Hieros Institute, a nonprofit devoted to deepening our understanding of the sacred in modern life, found at www.hieros.world. 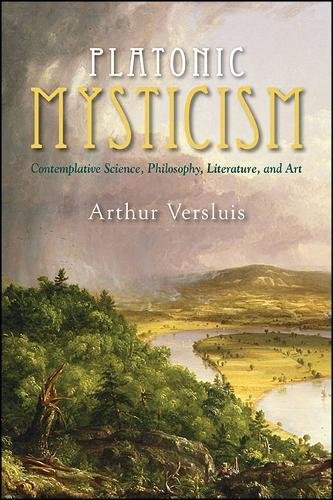 In Platonic Mysticism, Arthur Versluis clearly and tautly argues that mysticism must be properly understood as belonging to the great tradition of Platonism. He demonstrates how mysticism was historically understood in Western philosophical and religious traditions and emphatically rejects externalist approaches to esoteric religion. Instead he develops a new theoretical-critical model for understanding mystical literature and the humanities as a whole, from philosophy and literature to art. A sequel to his Restoring Paradise, this is an audacious book that places Platonic mysticism in the context of contemporary cognitive and other approaches to the study of religion, and presents an emerging model for the new field of contemplative science.

“An important work on the mystical experience delving deep into its history, particularly from the Platonic perspective. An essential text for anyone interested in mysticism and its relationship to philosophy and creative expression.” — Andrew Newberg, author of How Enlightenment Changes Your Brain: The New Science of Transformation

“The present work, the latest from the pen of Arthur Versluis, provides a trenchant, learned, and illuminating analysis of the origins of Western mysticism in the Platonist tradition, relayed through such figures as Plotinus and Dionysius the Areopagite, down through Meister Eckhart and others, while suitably excoriating the attempts of certain modern philosophers and sociologists of religion to ‘deconstruct’ it from a materialist perspective. I found it a rattling good read!” — John Dillon, author of The Heirs of Plato: A Study of the Old Academy (347–274 BC)

Entering the Mysteries: The Secret Traditions of Indigenous Europe 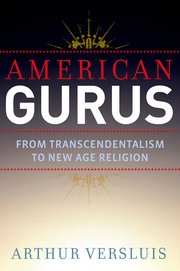 One could hardly hope for a surer hand and a more astute guide into the fantastically complicated story of Asian religions in American history and culture. Arthur Versluis has been that sure hand and astute guide since his first major work on Asian religions and Transcendentalism. Here, in American Gurus, he summarizes, nuances, and develops still further decades of scholarship on the history of Western esotericism, on the magical and mystical currents of American history, and on the roles that the Asian religions have played, and continue to play, in the American story. A genuine accomplishment.
—Jeffrey J. Kripal, Rice University, author of Esalen: America and the Religion of No Religion

Where do American gurus come from? In this fascinating study, Arthur Versluis offers a surprising answer: teachers who offer direct spiritual insight, unediated by religious institutions, stand in an ancient Western tradition. Overturning the usual distinctions between East and West, Versluis demonstrates that Ken Wilber, Andrew Cohen, Eckhart Tolle, and other contemporary teachers owe as much to Emerson and Plato as they do to Buddha or Krishna. Versluis’s narrative sparkles with new insights into the character of American spirituality.
—Dan McKanan, Harvard University, author of Prophetic Encounters: Religion and the American Radical Tradition

The ever-prolific Versluis offers a startling, eye-opening, and insightful historical review of American spiritual teachers whose ‘immediatism’ reflects a cultural pattern of desire for instantaneous, primordial illumination. The narrative is comprehensive, compelling, and even mesmerizing, as they author surveys with remarkable analytic skill an astonishing variety of disverse teachings whose underlying unitary themes lead to a new perspective on the popularity and success of so many American gurus. Required reading!
—Lee Irwin, College of Charleston, author of Visionary Worlds

Other Books by Arthur Versluis

The New Inquisitions: Heretic-hunting and the Origins of Modern Totalitarianism (Oxford UP: 2006) 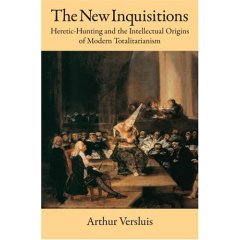 The Esoteric Origins of the American Renaissance (Oxford University Press: 2001)

[Translations into various languages including those listed below; editions]

Pollen and Fragments: Poetry and Prose of Novalis, (Phanes: 1989)